Books on effective treatments for chronic illness and their recovery stories: 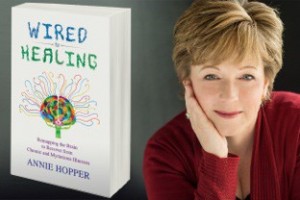 by Annie Hopper, developer of the Dynamic Neural Retraining System

“Hopper sheds light on how trauma causes the brain to disorganize neural circuits and shares triumphant stories of recovery of people who have been liberated from chronic and mysterious illnesses through remapping the brain.” 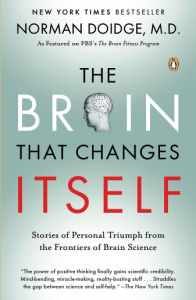 The Brain That Changes Itself

“Doidge’s first book explains that the brain is a plastic, living organ that can actually change its own structure and function, even into old age. Arguably the most important breakthrough in neuroscience since scientists first sketched out the brain’s basic anatomy, this revolutionary discovery, called neuroplasticity, promises to overthrow the centuries-old notion that the brain is fixed and unchanging.” 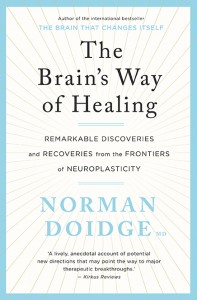 The Brain’s Way of Healing

by Norman Doidge, M.D. – same author as The Brain That Changes Itself

“Doidge’s second book explains how the brain’s capacities are highly dynamic, and how its very sophistication makes possible a unique and gentle kind of healing. Drawing on this nuanced understanding of how our brains work, scientists and practitioners have learned how to use neuroplastic therapies to address many common conditions and to offer hope where prospects for healing were long denied.”

Annie Hopper, founder of the program is a Limbic System Retraining and Rehabilitation Specialist - an expert in the field of acquired limbic system brain injuries and neuroplasticity.

The DNRS program has been beneficial in reversing limbic system impairment involved with the following conditions: